yes you, not me, only us, we all seem to

or do we just want to be

A couple of years ago, I fought the urge to be wrong,

didn’t wish to ever acknowledge I could be a

Funny, I wasn’t even drinking then,

just begin to imagine how truly lost my soul was,

if I even could count on that part of my being,

When is it we truly lose our soul?

Wait on that for another moment,

let’s stick to the topic of being real, honest, truthful

about who we are

We do seem to start over quite a bit, y’know.

I know you know, and I believe you could be alright with yourself,

if you just might let your world become the safety zone

Back then, he didn’t have a lot of faith in anything,

and until his knuckles dragged upon the glass lined gravel

Elsewhere it just may not exist.

We try to keep it hidden,

Although for some it is a ritual

Sadly, the evil is forced upon their soul

Anticipating the next blow,

Sustaining all the hurt

That’s why they walk this earth,

To take this asshole’s constant rage,

Though they should not,

No rage is deserving of another’s reception,

Only the bearer of a negative response

To the ills that smolder inside their

For some, the rage has become so rampant,

There can be little excuse remaining,

In fact none at all, the receptor of another’s

Inability to control their own indignity,

Ought walk away unscathed,

Yet, in our society, it is often the bearer

Remains rewarded long before the sufferer

Levels of rage can be a relative

Picking the wrong one with only one opportunity

To slide your hand inside and choose,

Can create the happiness you seek

I wandered a million roads tonight,

each with their own agenda, still looking with the same

just what might be ahead of this slow train of actuality.

A sea of humanity,

always at every turn,

miles away from my own comfort zone,

playing out life in a slow, independent fantasy,

while others play the game of anonymity

hoping to just be passed by,

while still others have a constant need

for scrutiny that later they’ll complain is far too great

a burden that takes away their own meaning of

People talk about this gaffe all the time,

at the end of the bar during cocktail hour,

perhaps in the intimacy of one another’s arms while love-making.

Each and every one of us speaks to the truth,

yet we always have this need to redefine what it truly means,

that particular pause, when our personal indictment

We are then faces that intermingle with one another

in our own hypocrisy.

Rather than feed the beast, quiet the growl,

engage and thrive within your own,

( I write this for my blogging companion ‘Americana Injustica‘ though please think of it as a work in progress, much like the need to raise our awareness of the ugly nature of social injustice and peril in our society today)

I hit her again last night, it just happened, I didn’t think about it, I just did it,

I watched her body bounce off the stove and her head just missed the granite countertop,

watching her mom crumple on the floor while blood streamed from her nose.

I looked at her lay on the ground out cold, and wondered if I’d really killed her this time.

I knew some part of her was dead, but that was a long time ago ….

I guess I had just regained physical control.

Is that all it really is when we think about the physical abuse of another,

are we fighting for control in the only sickest manner that we know?

Why else such evil outcome upon the one we love,

to strike down upon that soul that we seem to count upon.

Is that really using them for the support they were first meant to be?

What about them? In all the callous delivery of pain and suffering,

why do the victims have to remain the most confused,

the victims they are meant to be, and society clouds that reality

by placing labels upon reasons and judgments upon excuse.

Yet still all the advertisements plead for the protection of the abused,

they ask us to open our eyes, to think again, to seek help,

they plead for the end to ihe injustice, and suggest the conversation

begin, rather than the blank stare of rage without any rationale within.

How do we explain damaging the vulnerable nature of the one we love;

where do we depend upon the solace of beating up our children?

because I had openly verbally abused my parents and he chose

to put me on the ground in a lesson he would later admit to me.

I remember at the time being shocked but understanding

he was protecting my parents from my own ignorance,

but the difference in him and our abusive society,

the distinction of his actions that shocking afternoon,

is he had no other choice, I had removed all options.

I needed to be slapped down like the dog I was at that moment.

But we are not a society of dogs, animals of lower intelligence.

for whatever other reason would we be so physically slammed

by the ones we love, or those that once loved us as they suggested.

Perhaps that is the real confusion when that love seems to be lost.

It is not the needed moment of physical authority, far different than

the veiled angry, usurped result of inner turmoil and hypocrisy.

The public service announcements asking us to listen are not enough

whose lives we choose to stunt based upon our own inability to reason,

for otherwise their rules are designed to be read aloud by our closed fists alone.

Outside the whistling has begun,

reminds him of a time,

waiting by a river’s lime,

hours of leisure to scan the water

to watch the rise in spring

while society in all of its bother

Yet, when we are constant remind

a forest of life will cross our mind

a singular branch has blight.

Our moral lives may present at length

To know sweet goodness has strength

know me the way,

the fog I seek

all that I love,

all that we believe

that new image of me.

When I drink … I will die

you hear my words.

The fear is real,

I would watch everyone walk by

until alone I could survey the remainder.

That is when the peace arrives,

when the whispers have faded

into the concrete walls of an early

morning encounter, testing my will

to keep going forward, and instead,

walking toward that mass of humanity.

every eye that looks my way,

contains whispers, the seeds of fear

drawing me further inside my fantasy.

There is a world exists,

magical in its ability to allow

just sad though to realize

we cannot all be there together.

we deliver our wares

in the hope of little notice,

to dissuade the knowing

I want to watch you and cherish you,

love your smile, reactive and giddy.

I imagine a world in your eyes,

how do we defend

the actions of reactive passion

beyond the scope, a child

solid in a careen

only to leave scars in soil

the natural course of small earth.

line up or speak

to the soft flesh

in a switch of

We cannot judge, we may silently grieve,

yet in the moment, we do know our rage.

“When the sins of our fathers visit us
We do not have to play host.
We can banish them with forgiveness
As God, in His Largeness and Laws.” -August Wilson 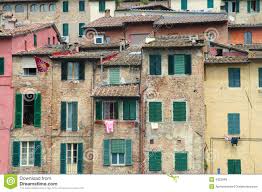 We live in normal houses

we are a concentrated, suburban, legacy

long after we are gone

our worlds will be memory.

Lives have been led

We need to recognize

in a word, life isn’t what it seems.

When I look at you across the avenue

I debate about what will happen

when the shutters close.

what if someone wondered?

How about the truth

you punch your daughter

for your own misgivings!

I noticed the other afternoon

she wore long sleeves in the humidity

such a sweet young smile

hides the pain that well, yeah,

when the shutters close, rage creates.

This morning in class

her monologue brought tears to my eyes

I questioned how such a beautiful woman

And then her eyes glanced the room

she smiled a lovely elegant manner,

she talked of her mom and how she misses her.

A weep dropped a tear from her eye

that without words anymore

I am a survivor.