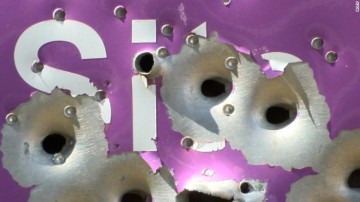 There in the quiet, when we all settle in to our own reality,

a memorial stands free, meant to celebrate a young boy,

there is a mindset exists in the world around us,

we sometimes allow ourselves to forget about morality.

I’m not talking about you, not speaking about me,

I haven’t any idea really, who they really might be.

I cannot see them, I cannot call anyone by a name,

who’d rather wear a white hood than celebrate with me.

When I was a younger child there were men spoke of being free,

a man named Dr. King celebrated the life of his own upbringing,

in the concept of love.

I read the news, well a news story, well it kept being brought up,

and I discovered there was a little boy like me, who as a child

We live in a world of constant facade and hypocritical smiles

One that buries the truth behind circumstance and a false pride,

we live in a world that is losing its concept of democracy,

where the people today can take liberty with the struggles of our past.

for the color of his skin, and no one cared to honor his quiet humanity.

Nearly seventy years ago he lost his life for the color of his skin, just a boy,

and today, those same followers have been woken up and allowed to believe.

His memorial is riddled with bullet holes and angry symbolism,