In a moment alone

we in the present

widen our scope of judgment

a helpful manner of speaking.

If heard on the other side of the room

would be the second another

spoke from the heart without any filter

To undermine each other

would be in some circles

meant as a challenge

to out duel the most tedious

little restraint would be necessary

to make an ass of the luxury

of having peace of mind.

When words become a monument

each stone and rock and slide and flounder

meandering down some path

to a settling ground.

With only words the night would heavy

wait for opportunity to find silence.

Spoke to him the idle man

All the others know the fool.

Once inside were a sweet dream,

a violin concerto plays his memory

soft her smile, serene did seem

a minute, together a forever melody.

If only then had he known today

ahead sensing his unraveling way.

Without explanation he lost form.

For then more simply it is a time to die.

When I could seek

Sweet is the moment.

She’d always ask him to tell her a story, and he could only come up with one. Her. At first, it would be endearing, how they could stroll and feel each other’s skin graze upon one another, the light air, a spring morning. It didn’t matter when, maybe him sitting at the counter with a fresh cup of coffee, she might walk behind and let her fingertips play with the hair of his ponytail while she found her chair across from him – both carrying morning smiles. The room could gradually fill with laughter as the two shared stories with each other, how remarkable it might be that ‘we are both sitting here right now’ and our lives have traveled so many different directions until this meeting. She might point to his eyes and he would speak to her braids, hers being a part of her life he could remember going back many many years, and as lovely as ever today. He could look into her eyes and think to himself there really is nothing more in my life than I need right now than this moment itself. And he would be afraid to tell her that for fear she might run away. She might reveal the same to him later on that ‘if you knew what I was thinking’ you would run away so quickly. They would smile at each other again and think just how lovely this moment could be, let’s hang onto it forever.

Both would then take a moment to pause and imagine time, look into one another’s eyes for a moment and realize so many decades had gone by, how blessed may we be to see such light in each other’s eyes … effortless, only spontaneity.

Theirs is a happy reunion, decades later when it seemed the planets had aligned in such a way to allow their lives to intermingle in a manner profound, that each day would be spent talking about how magical these times are, and how such a quiz upon our lives seems so confusing, yet simple. The coffee would be shared through the morning, and she would teach him how to cook again, and they would laugh at how easy the process was for both him to put together a meal and her to understand that someone might care for her, and she might care for someone as well.

He would go upstairs to ready himself for a morning walk and brushing past her room notice a sundress hanging in her bedroom, thinking only to himself, I don’t know if anyone could ever look so lovely as she will the day he might be graced with her presence in some outdoor venue in the week’s ahead. He would tell her that story, and then she would return with one of him standing in her doorway with a book bag and strap around his shoulder waiting for her to open the door. Utterances that came out of their mouths were words like charming, and elegant, and real, and now.

They took that first walk together in the snow at a familiar childhood island, where trails of walkers well established took them around the perimeter of the water. She broke the trail for a moment to show him some cut up wood whose faces of circled slice looked like turkeys with their rings and ruffled edges. He thought for a moment whether he should just agree, but then upon further glance he realized she was right, and the markings were a perfect playground for a thanksgiving treat. This walk seemed to hold a special promise having brought two lives together whom hadn’t known one another’s paths for years, yet could remember a name, a time, a memory like it was yesterday. By the time they reached the car, the crisp air of a late winter morning frosting cheeks, he thought to himself, and he wondered. They had been together now for less then a day, and he was about to say good-bye. (Should I kiss her? Should I ask her for a kiss?) His mind was running fast, and he felt like a teenager. He smiled and held her close, and she didn’t resist. He asked if he could and she said yes. That morning, in the parking lot of a childhood memory, the two young lovers embraced and shared a kiss, one that would send shivers through them both not just in that moment, but in decades of time that had been lost with one another and now found again.

We all wish to believe stories like this will go on and time allows chapters to be added, moments to be reminded, and new memories to be created. Thus will begin a retelling of a lovely chapter in the life of ‘the hippie girlfriend.’

Would we imagine seeing so far in our lives

we could predict or at least know

to find her heart, hold his smile

we are consumed is a mystique on trial.

I once knew someone in a decade long ago,

where we were children by standard in age

and yet the romantic airs of a time shall go

as a summer breeze will define this adage

as memory in a nostalgic interlude swoon

for do we seek elegance inside our moon.

the wonder of how lives would today become

so lovely, so unimaginably important in eye

those places we go to search our silent sigh.

In his smile there is a rather pleasant curl

of lip that would define his own head a swirl.

Love might be a language we will all desire

if in favor known travels a passionate fire.

Took a walk inside a dream,

a breath of wonder

then wander back inside

stir memories of an

the sort of look in an eye

the shell of our selves

we sometimes wish away

When a conscious reminder

that dream last nigh

look around the space

the people drifting by

could be there then

waiting for an arrival

into a waking day

See them and imagine the future,

an ominous purple haze of opportunity,

for it is the chaos of our lives,

allows change to overcome the static.

Seek a society of forgiveness,

the travels of pain sometime hidden,

yet the exposure to the elements

When washed ashore in crude oil,

stains did seem to be eternal,

with each soaking, the mind,

nearly gave up on finding shelter.

It is in the addict’s eye

the storm will always remain,

it depends only upon a realization

We would only give attention

to the happiness we dwell upon,

a city scape, an ocean view,

a soft breeze in a given milieu.

The deep and threatening wall

of circumstance that will prevail

is only Nature’s manner of suggestion

we all would know to typically fall.

If in breath, a gasp, an eye glance,
worlds interact with indifferent realities,
only to provide expression,
if only then might we understand.

While a horizon away,
a family struggles to recognize
the wealth of their local dream,
while on the other side, a smile.

If during some compelling summer
we all recognize theirs is an august,
might we in that brief moment,
give certainty to everyone’s value.

While walking toward the sun,
a fellow or perhaps her inclination
might be to know truth is love,
could all possibility turn virtuous.

We listen to the dreams of the others
oft beyond consideration of our own.

There is that occasion when the world evolves,

and I, for the sake of I, stay static,

I don’t smell  the flowers, or even walk in the humidity,

I am frozen in time, wondering just how many hours

will drift past my eyes before I can

why the motion of my mind seems to be

in a perpetual state of idle.

When these episodic windfalls of clarity,

I sometimes wonder about perception,

not about yours or theirs or anyone beyond my world,

but more about them,

those I love, the children, the voices, the people

that all know where I come from,

they all know the

the seemingly easy out I have in my lexicon of words

to justify just why I want to cry.

in the silence of any room, any vacant space,

it is apparent, that I will stay here, forever. 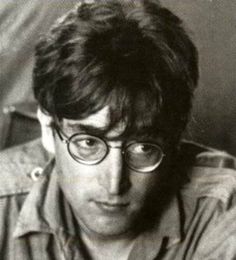 He always did have a reason to speak, when his lyrics would wind our mind,

“Watching the wheels turn,” he seemed clearly in command of his time,

While we the listeners would be in a constant trance, a mellow sweet remind

How easily his lyrical mastery could make a dull afternoon be sublime.

Often the names and faces of humanity lose their certain authenticity

When this our society continues along a road so designed to fail.

We gather steam to criticize the Man, the friend, the neighbor; duplicity

Becomes an only nostalgic desire, when spinning  our arms flail.

Oh to hear it said by a pundit’s Machiavellian tongue, meant to misconstrue

We rest our mind to know we haven’t a need to hear it all, day, long.

As a remarkable miracle, allows our hypocritical lives to finally belong.

Yes, “it was 20 years ago today, Sergeant Peppers taught the band to play”

We all took in the moment, singing “all you need is love”- live life this way.